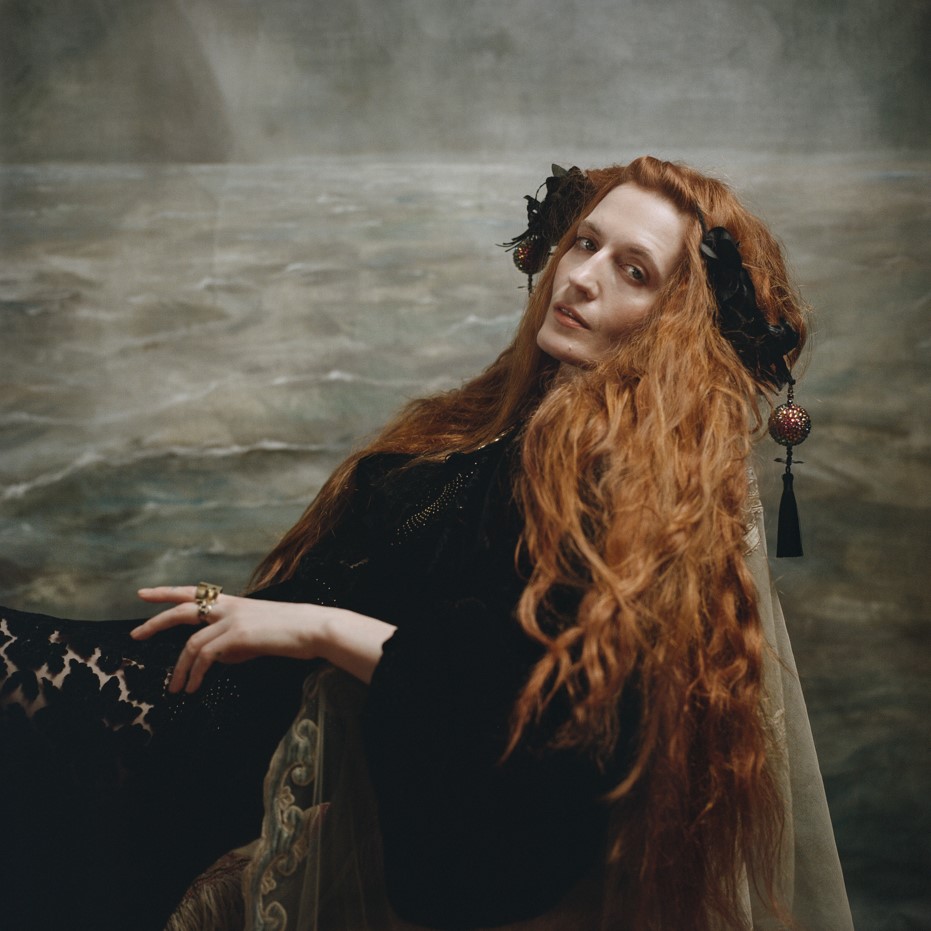 Hailing from South London, Florence Welch is a Grammy nominated artist and songwriter of the band Florence + The Machine, selling millions of albums worldwide. She has released four studio albums, her debut ‘Lungs’ in 2009 which received Brits Album of the Year award, ‘Ceremonials’ in 2011 and in 2015 her third album ’How Big, How Blue, How Beautiful’, which topped the charts in the UK and US and saw the band headline the main stage at Glastonbury, as well as Florence winning the Ivor Novello International Achievement Award for song-writing. Florence released and co-produced her fourth studio album, High as Hope in 2018 to critical acclaim and embarked on a worldwide tour to sold out crowds. Florence released her first book, Useless Magic, a collection of lyrics, poetry and illustrations in 2018. She is a Gucci Ambassador and currently features in the Gucci Bloom Fragrance Campaign. Passionate about literature, Florence runs her own online book club ‘Between Two Books’ which features guest recommendations and readings from other artists and creators.