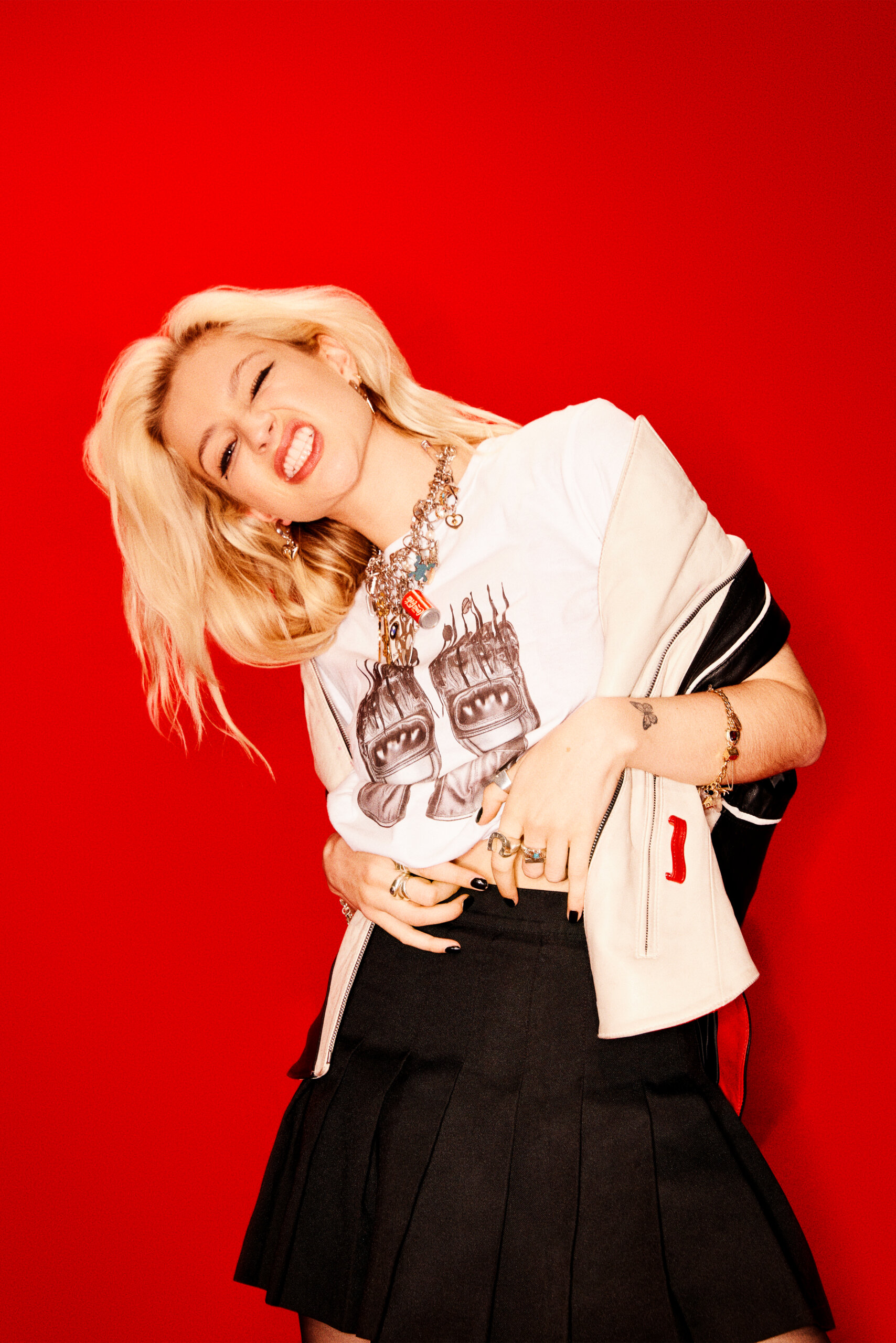 Dylan might only be at the beginning of her journey as one of the UK’s most exciting new pop talents, but she’s had her sights set on big things since her childhood. “My dad had me and my brother on the kitchen table from a very early age with plywood guitars, screaming to various different songs,” the London-based artist recalls. “I would stand there and shout, ‘hello Wembley!’ – that’s how I started a gig with my band when I was 11 too.”

The 22-year-old – whose real name is Tash Woods – might be destined for pop glory, but the influence of more alternative sounds colours her tongue-in-cheek characterisation of herself as “a wannabe rock star in a pop star’s body”. “In my head, I’m so rock’n’roll, but I don’t look it,” she laughs. “I’m super pop! Everyone will expect something slightly more mainstream but I’m obsessed with guitars – with the only four chords I can play.”

Growing up – as hinted in those kitchen table jam sessions – Dylan was raised on a diet of classic rock and big riffs. “My career is entirely my dad’s fault – he’s a very straight-down-the-line insurance man but he brought me up on a lot of rock’n’roll like AC/DC, Guns N’ Roses, and Rainbow,” she explains.

Despite her salutes to Wembley from a young age, Dylan hasn’t always been steering herself towards the spotlight. She began writing songs as a child instead of learning the work of other artists and soon found it to be the perfect outlet for expressing everything she was feeling. “I was a pretty sad kid and songwriting was a way of escaping,” she says. “It took me away from school and friends and bullying, and into my own space.” After her confidence in her performing skills took a knock in her teens, she focused on the dream of being a songwriter.